Follow my blog with Bloglovin
Posted on February 13, 2016 by jetgirlcos

Interesting prompt today, Miss Linda!  I’ve already told my “flat tires in foreign countries” stories here. So I won’t bore you with that one again, it can get tiring to hear the same stories over and over. Of course, you know you are good friends with someone when you begin to realize that you have heard all their stories. You know they are a really good friend when they let you tell them over and over anyway! 🙂

Well, this one is a new story! My husband hit a pothole last week and ruined a tire, so he had to get a new one. The good news is that we had road hazard guarantee on it, so it wasn’t a horribly huge expense. He did, however, have the unsavory experience of having been accosted by homeless people asking him for money as he was putting the spare on the car. Seriously? What is wrong with people? It’s not like any of them were offering to help him change the tire; they just took the opportunity to ask for money since he was “stopped” in their “neighborhood.” I do feel bad that there are people who are truly down on their luck, but I do not understand this kind of behavior.

I do get tired of avoiding potholes. We have a huge pothole problem in our city. Finally the voters wised up last year and voted in an extra tax to get some of it fixed, but it is a slow process. In the meantime there are still potholes large enough to swallow a Smartcar in one gulp and which could easily eat a normal-sized sedan or small truck in a couple of bites.

Here’s an interesting fact about the city and potholes: In theory, there are circumstances in which the city will reimburse you for damage done to your car by potholes. The reality is that I doubt anyone has ever  been reimbursed because I did the same thing a couple years ago and I reported it and tried to make a claim. They then asked me if I had “reported” the pothole in question. Of course I hadn’t; I didn’t even know there was a “pothole hotline.” They then told me that since the pothole had not been previously reported, there was no way they could have known of its existence and had not, therefore had an opportunity to fix it, and as a result could not possibly be liable for the damage. Of course, had I reported said pothole, I would have realized that it was there and therefore it would have been my responsibility to avoid it, meaning that they still wouldn’t have been liable for the damage.

Honestly, there are so many potholes in this city that I could make a full-time job out of locating and reporting them.  I really think it would be a terrible job, and I can’t imagine that anyone would pay for me to do it. I think it might be a suitable job for somebody, though, even if it might cost them a tire. Maybe it would work for someone who’s already “re-tired.” Ha! 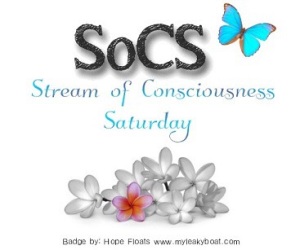