Follow my blog with Bloglovin
Posted on July 19, 2014 by jetgirlcos 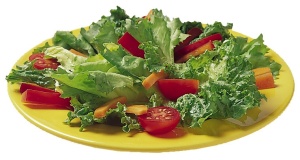 The stereotypical American woman in TV shows and movies just orders a “side salad” at a restaurant, to emphasize that she is on a diet, and has great will power over the delectable main dishes of her companions. She also orders it “with lemon.” You know, sans dressing. This shows even more her strength over the dreaded calorie in order to be thin. When I see these scenes in movies I can never quite work out whether she does this to look down her nose at and mock any woman having the pasta, or whether she is so insecure that she denies herself the pasta out of a belief that she doesn’t deserve such pleasures. In any case, the “side” salad by definition ceases to be a “side” salad if eaten as appetizer, main course, and dessert all at once.  If it’s a “side” salad, then it’s meant to be an accompaniment to something else.

For me, being in my forties, starting this blog, traveling, it’s all a part of “Having the Pasta.” Because I don’t think those women who have the “side” salad as their whole meal ever really enjoy anything. I think it’s good to have a salad, really I do. It’s enjoyable on its own merit, but eaten as it was intended – on the SIDE. Along-side something more filling. I wonder if those women go home at night and regret “just having the side salad”?

My challenge to myself, (and maybe you’ll want to take it on too, chers lecteurs) is to stop having the side salad as a meal. I’m not really talking about food here. I think too often we take the side salad in life by being too timid to do that thing we’ve always wanted to try when the opportunity comes up, and doing something else instead, something less “scary”, taking less risks, sitting on the sidelines and watching everyone else eat the pasta while you squeeze your lemon onto your lettuce.

I remember once when I was a little girl, I went to some sort of fair, and there was a carousel. It was big and the coolest horses were the ones that went up and down and they had beautiful gold saddles. I wanted to ride one of these like a couple of my friends were doing. They had the pasta! They got to ride up and down on the big gold-trimmed horses. I chickened out because of their size and opted to ride in the two-seat “coach” that didn’t move. I ended up sitting in there next to someone else’s grandma. I remember that she smelled a bit like mothballs, and I didn’t have any fun, watching my friends going up and down on the big horses. I had gotten the side salad. It’s part of being shy sometimes, and I did this sort of thing many times in my life. Now, I think I can say with more certainty what I like and don’t like, what I really desire to do and what I decline to do because I really don’t want to! Now, I try to do things that scare me a little bit from time to time, and I rarely regret it. I only regret having the side salad as a meal!

Until next time…à la prochaine fois…